Weekend, Lets Go Enjoy the Beauty of the Highest Waterfall of Sumatra Island in Lubuk Bigau

The highest waterfall on the island of Sumatra in Lubuk Bigau (Riau Tourist Office and Kampar Regency GenPI)
The morning begins to greet under the foot of Bukit Barisan. Sunlight has started to permeate the lush leaves in the area called Big Lubuk. The sound of the waterfall and the sound of animals singing together woke a number of people who were building tents there. 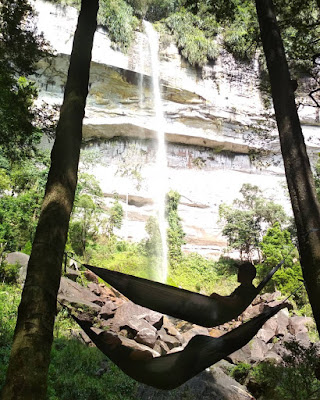 Tourists who are particularly interested are hunters of natural beauty. You paid ten kilometers over the steep road while enjoying the morning with the murmur of the Batang Kapas waterfall, which would be the highest on the island of Sumatra.
Later the waterfall became a hunted tourist who likes challenges. Its location in the village of Lubuk Bigau, the Kenyan sub-district of Pangkalan Kapas, Kampar Kiri Hulu, increasingly emphasizes the reign of Kampar as the land of a thousand waterfalls.
In recent years, the Tourist Office of the Province of Riau, in collaboration with the Indonesian Generation of Enchantment (GenPI), has promoted Kampar Lubuk Bigau as an alternative travel destination for the weekend. Of course not for all groups, especially for those who love adventure.
"If there is not enough stamina, it is not recommended," said Kampar GenPI President Dody Rasyid Amin.

He told Lubuk Bigau that from the direction of the city of Pekanbaru it had to pass through the fabric fold village. It takes about an hour and a half to get there. From this village, travelers should walk.
Motorized vehicles like cars can be an option, but not with motorcycles. The distance to the village of Lubuk Bigau is only 61 kilometers or less but can take up to four hours.
"If it rains as it is now, it can take more than four hours. The dirt road turns into mud, many of which are steep because of the hills," said the man who also works in Riau Workshop Arts.
During the trip, although few people are swept away by the atmosphere like a crowd. The forest is the moderator because birds and insects that are rarely found in the city scream as if they want to announce the arrival of guests.
Climbing rocks is something you cannot avoid. One step, especially if it rained before, get ready to slide if the step is not clever.
"You can see for yourself that there are a lot of rocks and hills. If it is better now, no asphalt road has been built here," said Dody.
Not only the rocks but also tourists can see large forests during the trip, the age of which is estimated to be hundreds of years. The absence of illegal logging and people's love for the preservation of nature, which means that the trees are still maintained, still exist today.
As a sign of closeness, the sound of the river current and the rumble of the waterfall could be heard, which broke the rocks below. Tourists also simply choose where to build tents for the night.
"First here, where the water fell exactly. It's just that the distance has to be kept around 50 meters. Since the radius is 30 meters, the water splashes will reach the tent," said Dody. 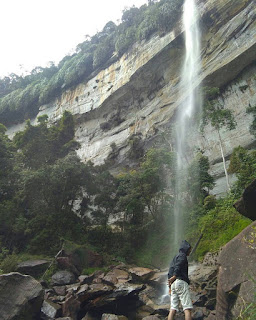 For tourists who like to climb, there is also a position in the middle of the waterfall. There is a gap in the middle so that tourists can build a tent to stay overnight.
Next, Dody added, there is the top position right on the lip of the waterfall. It's just that tourists have to turn to get to the top so it takes longer.
"And quite dangerous because they have to climb rocks. The height of this waterfall is 150 meters, which should be a lot more than that," said Dody.
Usually, you call Dody, tourists intentionally stay on the spot. Most of them want to enjoy the natural atmosphere in the morning because a lot of birds and other animal sounds come out when the sun approaches.
"If you come here there is no loss," said Dody.

Meanwhile, Head of the Riau Tourism Office Fahmizal Usman called this waterfall a gift from the Creator stored in Riau. He said tourists will be spoiled with an amazing atmosphere.
"Riau people should be grateful and proud. This destination is a hidden paradise for tourists who have an adventurous spirit," Fahmizal said.
He stated Batang Kapas Waterfall is very suitable to be developed as ecotourism. It is accessibility from the village of Lubuk Bigau to Batang Kapas waterfall that is still a forest area. 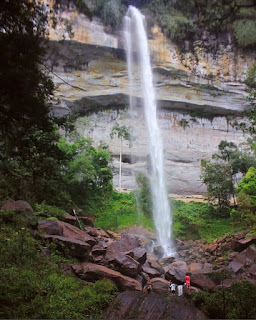